If you’re looking for a coyote hunting gear list, you’ve come to the right place! Coyotes are very careful predators and hunting them isn’t as easy as it is with deer. You’ll need to have the proper equipment to get started.

What Are The Important Coyote Hunting Gear?

All The Gear For Coyote Hunting

Coyotes have a sharp toolkit of senses that they use to sniff potential hunters out. Consequently, you should have top of the line coyote hunting gear to be on top of the game.

I’m not just talking about having the best hunting rifle and the rest of your hunting equipment being mediocre. If you’re wondering what these are, here is a list of the coyote hunting gear you should bring! First and foremost, the predator hunter should wield a predator’s weapon. There’s nothing better than a hunting rifle to hunt coyotes. Hunting rifles allow hunters to snipe game from afar and consequently, there’s little chance of notifying the game of your presence. An excellent way to find out the exact range of the target is to use a rangefinder. There are numerous rangefinders that are excellent but I find the Bushnell Scout DX 1000 ARC the best. It’s not only cheap, but it’s very reliable and accurate as well. A major advantage when using electronic calls is that you can set it up on your kill zone and use a remote to control it. Furthermore, there is a wide variety of calls you can produce with electronic calls. However, it is an electronic device and once it runs out of power, you’re out of calls. Another option to lure coyotes into your kill zone is with manual calls. Some of these calls produce the sound of a female coyote in heat. For sure, one of them coyote boys will respond to the female’s call sooner or later. Manual calls are very reliable but are limited to producing a few sounds and noises. It is very important to blend yourself in with the environment. The use of camouflage jackets, headgear, and gloves is a must when hunting coyotes. Coyotes are vigilant creatures and the slightest hint of danger will send them running away. To avoid getting noticed by these predators, wear the appropriate camo for the season.

RELATED: Dressed For The Kill: A Snappy Hunter’s Guide To Hunting Clothes Walking in the snow could be exhausting. To prevent having to plow in thick snow during winter, wear a pair of snowshoes. Walking with these things on dry land may look silly but I tell you, they’re a lifesaver on snow-covered fields. 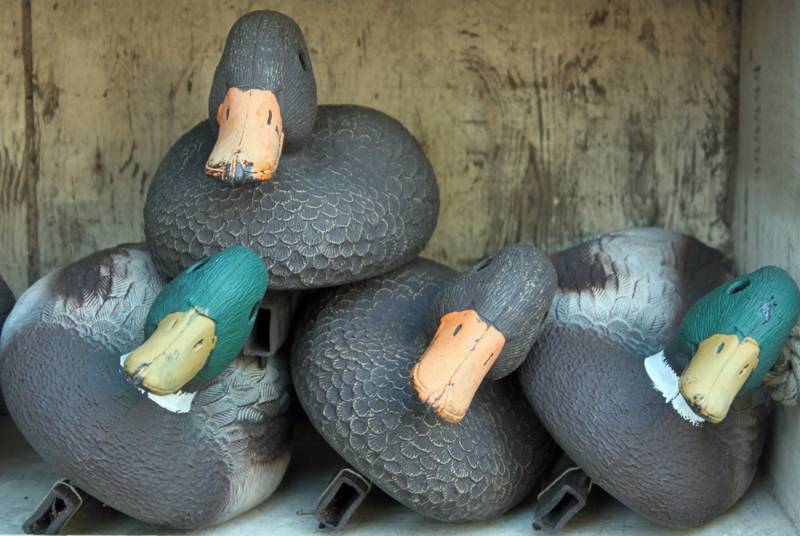 An area that’s too silent or too empty will appear sketchy to coyotes. To add some visual spice on the ground, use decoys. Decoys may also appear like real prey to hungry coyotes. A good way to use decoys is to match them with the sound you make with the calls. This will appear more realistic and will attract coyotes all over the place.

A shooting rest will help your shot become more steady as opposed to not using one. May it be a sandbag, a bipod, or anything that you’re comfortable shooting with. Shooting coyotes from 50 yards away will require a very steady grip. Furthermore, you’ll never get a second chance once you pull the trigger so when you pull it, you better make sure that the game will drop dead! Another important item on the list is excellent optics. Rifle optics gravely affects the overall performance of your rifle and a perfectly zeroed sight is paramount. The best one I could recommend is the Nikon M-223 3-12×42 SF. From a world-famous manufacturer, you’ll be sure that you’re getting your money’s worth. Another important coyote hunting gear is a good set of base layer clothes. Have at least 2-3 layers of clothes with wool to serve as an insulator. Hunting while fighting the cold temperature is a tough task so you better be comfortable with your clothes while you hunt. Finally, you’ll need to bring enough ammunition for the entire hunt. If you’re hunting in a very secluded area in the mountains, you’ll have to bring enough for hunting and emergency situations. You never know when you’ll get stuck in the field so you better have extra ammo to protect yourself as well.

Coyotes can be sneaky and extra careful when there are people around. Once they know something is off, it’ll be harder to find and shoot them. In such situations, you’ll need the best equipment for stealth, killing power, and reliability.

If your favorite coyote hunting gear isn’t on the list, let us know through the comments section!